It seems everywhere you turn these days there are stories about vampires. HBO has produced a television series called True Blood featuring characters who live for darkness and the taste of the scarlet liquid. Last season there was a short-lived television show on one of the major networks called Moonlight, where the main character was a private investigator as well as a vampire.

Author Anne Rice wrote the novel Interview with a Vampire which was a best seller, and went on to become a hit movie starring Tom Cruise, Brad Pitt and a very young Kirsten Dunst.

And one would have to be dead (or almost dead) or living in a coffin not to have heard of the Twilight series by Stephanie Meyer....Best selling books about teenage vampires that has gone on to become a popular film. Would it surprise you to learn I haven't read the books or seen the movie?

At this point, I think not.

And who could forget the widely popular daytime drama Dark Shadows which aired from 1966-1971, and featured one of the most renowned vampires, Barnabas Collins.


Today there are so many books featuring vampires it makes my head spin. Oh no, that would make me possessed by the devil!

It doesn't take a telepathic mind-reader, or a vampire, phantom, witch, or any other frightening other-worldly figure to know, I don't care for paranormal stories.

Recently, I asked my friend Annie, who devours vampire stories, what the attraction was for her and vampires?
Her answer: They're sexy.

Obviously many people agree, and it's wonderful for anyone writing and publishing in the vampire genre. Just some of the many authors who have written novels featuring vampires:

Something for everyone. Well.... except for me that is.

How about you? Are you someone who embraces the world of vampires and other paranormal phenomenon?
Or are you like me -- afraid of scary things that go bump in the night?
Posted by Cynthia Sherrick at 7:36 PM 4 comments: 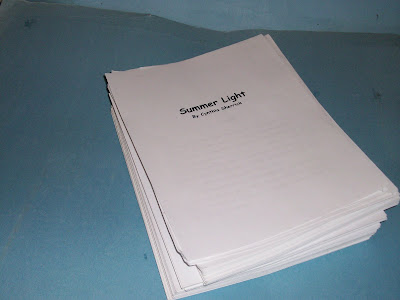 If you're a romance writer looking for a critique group, here is a fabulous opportunity. There are five of us and we're in the market for one more.

Lynnette is hosting a contest for our new sixth member. Good luck. :)

Lynnettelabelle.blogspot.com
Posted by Cynthia Sherrick at 6:50 AM 2 comments:

I CAN SEE YOU
by Karen Rose

SLIDING INTO HOME
by Joanne Rock

OUTCAST
by Joan Johnston
These are the latest books out by some of our fabulous TARA authors!! I'm looking forward to reading all three. :)
Congrats ladies.