I love a great movie, a fantastic book, a riveting play, a fabulous TV show, a stunning piece of artwork. Many people will agree on what is a great creative work, and many will express their opinions over what constitutes a disastrous creation.
The real truth -- Beauty is in the eyes of the beholder.

Recently I watched a movie that came highly recommended by several people. Four different friends told me (more than once) to rent and watch the movie Taken.

So I watched it.

Taken is about a man, Bryan Mills, played by Neeson, who after years as some sort of CIA/spy operative is retired and living a quiet life in California near his ex-wife and daughter. Hoping to rebuild a relationship with the daughter, Bryan spends his time hanging with old spy buddies and thinking about his daughter.

Bryan's seventeen year old daughter, Kim, is allowed to accompany her eighteen year old friend, Amanda, to France. (Really??) Within hours of landing in Paris, both girls are kidnapped by foreign-speaking men planning to sell them to the highest bidder. (Wow!?)

Perhaps the best scene in the film is when Kim is actually being kidnapped and talking to her father on her cell phone. Bryan Mills snaps into spy mode and instructs Kim on what to do to make his job of finding her more efficient. So as the girl is dragged out from under a bed, screaming, we get to feel the horrific emotions of Bryan the father.
Bryan the ex-spy takes over and the film moves on.

That was the last really interesting scene in the movie.

One of the problems I had with this film was the casting. The daughter, Kim, is played by Maggie Grace, who looks like she's thirty-five instead of seventeen. A younger, more innocent looking actress might have helped audience sympathy.
The best element of this film is by far Liam Neeson -- one the finest actors working today. He brings riveting life to a character and film that otherwise would have really fallen flat.

As the character of Bryan Mills roars through Europe beating and killing everyone in sight, often five and six men at a time (Wow!? He's 57 years old!) my interest in the story wanes.
Erratic camera movement, sporadic sub-titles, way too many bad guys, car chase scenes, violent fight scenes, and finally a rescue scene that seems far too easy..... and Kim and Dad are back home in sunny California.

Hmm... okay. So, what of her friend, Amanda, you ask? Well, I'm not certain. At one point in the film Bryan discovers several girls lying around in drugged stupors -- and kind of rescues one because she is wearing Kim's jacket. He does hover over another one that looks like Amanda, checking her pulse. She has apparently died of a drug overdose.

Compared to so many crappy films being made today, this one really isn't too bad. What makes it frustrating is it could have been excellent. A more realistic screenplay, better direction, and a stronger supporting cast would have made Taken a first-rate film instead of a step above mediocre.
Posted by Cynthia Sherrick at 8:08 AM 304 comments:

Thank you to all the writers who entered the 2009 TARA Contest. We had a wonderful turnout of amazing talent. It was challenging and exhilarating to judge and critique such high quality submissions.

Congratulations to all the finalists!

In January, I posted about my writing goals and my plans to attain them. I also mentioned my pursuit of getting healthier and losing weight.

RECAP: One of my goals was to finish the revisions on my romantic suspense novel Island Moon by July 25th. Another objective was to finish the first full draft of Breath of Winter, another romantic suspense by December 1st. :) I came up with a schedule to work on both books simultaneously, with revisions on Island Moon four days a week, pushing through with Breath of Winter, three days a week.
Just getting in practice for when I have real deadlines!! Here's to positive thinking. :) 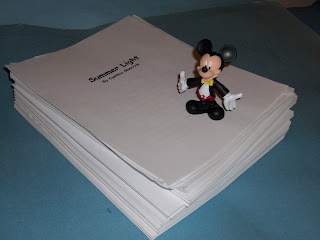 Mickey has been a great pal with helping me meet my writing goals!

UPDATE: Okay, not all good intentions work the same way in our heads as they do on paper. Writing two books at the same time worked for only a few weeks, due in part to life and new commitments which entered into the picture. (Have I mentioned I have a full-time job outside the home as well?)
My end objective remains the same: Finish IM by July 25th, and December 1st for BOW, only my plan to make that happen has changed. I'm working exclusively on IM until July 25th and when finished... on to the next. :)

My weight loss is progressing well, although very slowly. Since January, I have lost 10 pounds. I have reached a plateau for a few weeks, but am ready now to recommit to this goal and make it happen! I need to lose more. 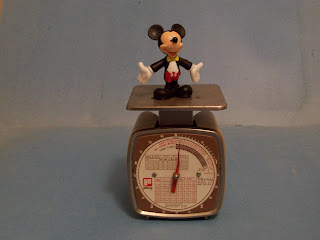 Thanks to Mickey for pushing me to lose weight!

Look for another update in July.

Posted by Cynthia Sherrick at 9:00 AM 5 comments:

Only one week until our Tampa Area Romance Authors multi-author Borders book signing!

We have several TARA members with new book releases this month!

Also the reissue of First You Run, Then You Hide, and Now You Die by Roxanne St. Claire -- Romantic Suspense

Congratulations ladies!
Posted by Cynthia Sherrick at 10:00 AM 4 comments: 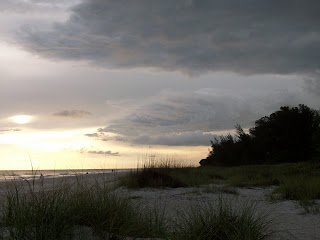 With the beginning of June, comes the dreaded hurricane season. It's a time of year where everyone must be aware and prepared -- especially living on the Florida coast. The heat kicks up to scalding and the summer breezes ride in on violent thunderstorms. Even so, the skies are some of the most spectacular I've ever seen.
Posted by Cynthia Sherrick at 8:49 PM No comments: