I'm a bit late posting for Independence Day this year. Hope everyone had a fun, safe holiday! 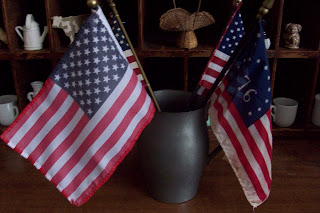 Today, July 6th, would be my 21st wedding anniversary. Even though my husband and I divorced after being together for fifteen years (married for twelve) we still celebrated our anniversary every year. We loved each other and enjoyed each other's company even after our separation and divorce.

John Henderson Mitchell loved American History. Especially all history related to Boston, the Revolutionary War, and everything associated to America becoming a country. I never saw him more excited than when he meandered the streets of Boston pointing out historical monuments, old buildings, and ancient cemeteries where our forefathers are buried. I was impressed with all he knew about the people involved, historical dates, and the complex issues leading up to the Revolutionary War. He loved our history and our country.

So, years ago, when we were choosing a date for our wedding, we both decided on July 4th. In 1991, July 4th was on a Thursday so we settled for Saturday July 6th. :)


John passed away on March 29, 2011. He is greatly missed by his family and friends.

I imagine him somewhere engaged in an animated conversation with John Adams and Benjamin Franklin. ;)

Thinking of you, John. 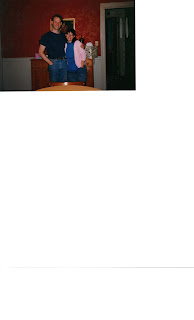 Posted by Cynthia Sherrick at 8:08 PM

I remember your wedding as a wonderful, loving day! We will always remember John laughing and telling stories. Happy Anniversary!